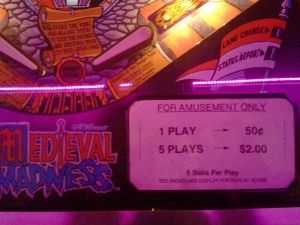 Not For Investment Purposes

Justin Vernon from Bon Iver and Volcano Choir sat in with The Roots on Jimmy Fallon’s show last week, and Pitchfork has videos of the combo playing Bon Iver songs.

Punk icon Dennis Lyxzén (Refused, The (International) Noise Conspiracy) has a new group called INVSN, and their sound is a bit different than what you would expect.  Then again, if you expected synths and programmed drums, I would like to learn about the hallucinogenic substances you’ve been ingesting.  But I like the sound, and Stereogum has the video for their song “61”.

I’ve been sticking around after The Daily Show and The Colbert Report to watch the show @Midnight.  I’ve been switching between that and Community reruns, but lately I’ve been sticking around the reruns less often (though this may be the result of the syndication schedule not doing a great job of shuffling the episodes).  I only bring it up here because Neko Case was a contestant on the most recent show; you can watch her Win The Internet here.

And finally, here’s Andrew W.K. doing a guest song for a show on Animal Planet, featuring a ridiculous-looking cat.  It is everything you’d hope and expect it to be.  And that’s the best way to start the week.